In Ayurvedic medicine, ashwagandha has been utilized as a tonic for rejuvenation for thousands of years. The root of the ashwagandha plant has an animal-like odor, thus the powder made from it is called the “smell of a horse,” a reference to the virility and vitality the herb is believed to bestow.

The ashwagandha plant produces crimson berries in the fall, which are protected by papery husks. It’s common to refer to it as “winter cherry” in English. However, historically the long tuberous roots are harvested in the winter, dried, and powdered into a powder that is used as medicine. While ashwagandha powder has its place in herbal medicine, the more concentrated extract is increasingly being employed in dietary supplements.

Since ashwagandha serves a similar function in Ayurveda as ginseng does in TCM, it has earned the nickname “Indian ginseng.” Read on to learn how it can enhance your health and well-being….

Ashwagandha is special among medicinal plants since it is an adaptogen. Herbs with adaptogenic properties benefit the body and mind by enhancing the body’s ability to respond constructively to stressful situations. They aid the body in responding to mental and physical stress in constructive ways, leading to enhanced performance, decreased energy expenditure, and increased resistance to stress-related harm.

There are several potential sources of stress, including overwork (mental or physical), lack of rest and nourishment, exposure to adverse conditions, and internal or external demands. The body’s “fight or flight” mechanism can become activated in reaction to such threats, forcing the organism to focus on defending itself rather than relaxing.

The Role of Ashwagandha in Stress Reduction 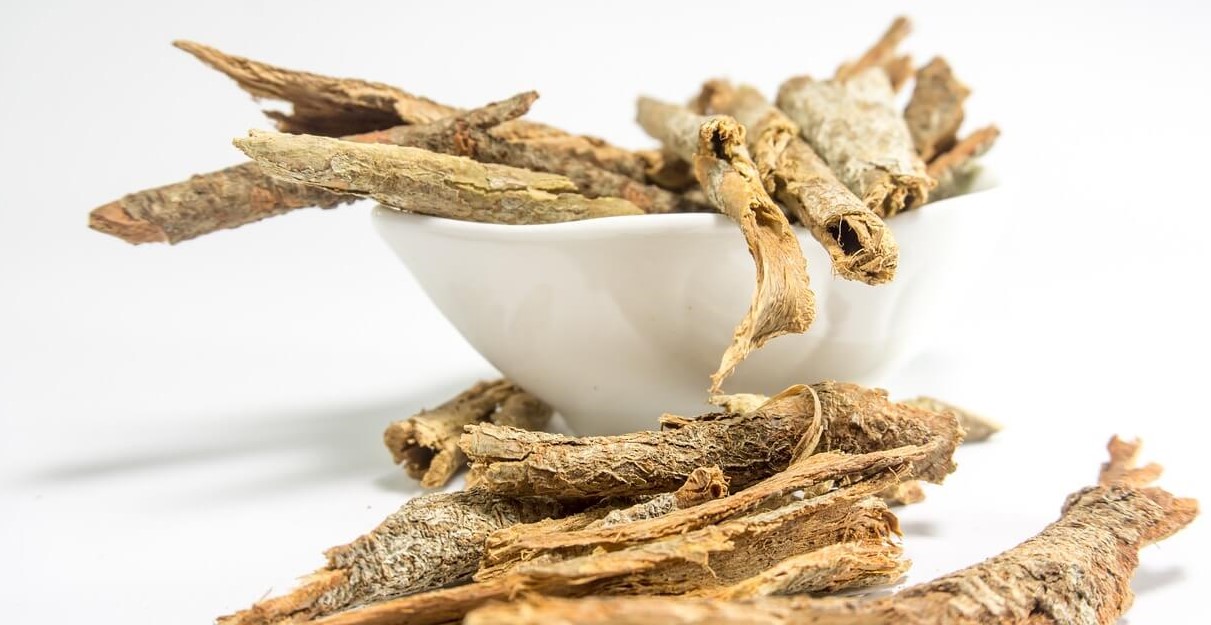 As the “stress hormone” produced by the adrenal gland as part of the body’s stress response, cortisol is routinely measured as a physiological stress indicator. Issues with the immune system, the brain, the reproductive system, hormones, and the heart are all linked to chronic stress and elevated cortisol levels in the blood.

Ashwagandha powder has been shown in clinical trials to reduce cortisol levels by as much as 27.9-30.5%.

Stress reduces activity in the prefrontal cortex, the executive brain region that oversees tasks including learning, problem-solving, emotional management, and attention. Excessive stress eventually harms the function and structure of the brain, and it also increases the risk of having neurological or mental issues.

The nootropic herb ashwagandha has been used for centuries to boost brain power and mental well-being. Ashwagandha powder has been shown to mitigate the effects of stress on the brain, improve typical cognitive performance, and protect brain health over the long run.

Beneficial For Fertility And Sexual

Hormonal shifts in the HPA axis brought on by chronic stress commonly decrease sex drive and fertility. The capacity of ashwagandha for women to relieve stress and maintain hormonal equilibrium can help alleviate these side effects. Traditional medicine employs ashwagandha to promote sexual and reproductive health, and this has been supported by scientific inquiry.

Growing data backs the traditional claims that ashwagandha helps men by increasing their virility. In males who are unable to conceive, ashwagandha has been shown to boost testosterone levels, reduce oxidative and psychological stress, and enhance sperm quality, quantity, and motility.

It’s good for your heart’s health

Stress has an immediate, unfavorable influence on the cardiovascular system, widening blood vessels and raising blood pressure. These effects become harmful to the body and the risk of having heart health problems increases when stress is extended.

Endothelial dysfunction, an impairment in the ability of the lining of blood vessels to regulate vascular tone, is linked to stress and contributes to the development of excessive cholesterol and blood pressure (contraction and dilation). Reversible disorders like these can be an indicator of more significant cardiovascular issues down the road.

It has been shown that the best ashwagandha supplement Australia can significantly reduce both blood pressure and cholesterol levels in stressed individuals. The powdered form of the Ashwagandha root has been found in studies to have beneficial effects on both blood pressure and cholesterol levels. It has also been shown to reduce diastolic blood pressure in people with stress-related hypertension and to significantly improve endothelial function in people with type 2 diabetes.