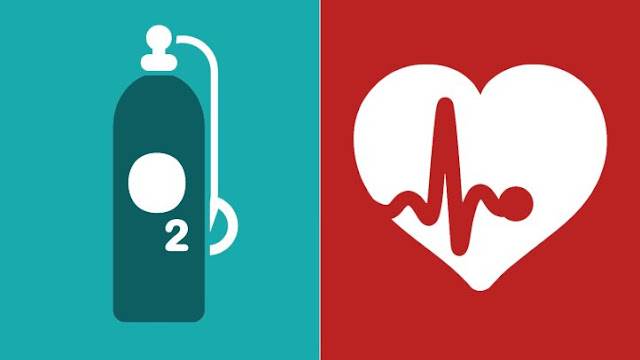 Oxygen therapy is a routine treatment for people suspected of having a heart attack, but a new study suggests there may be no benefit for these patients.

That was true even for patients who were older, smoked or had diabetes or heart disease, according to the Swedish researchers.

The "study questions the current practice of routine oxygen therapy for all patients with suspected [heart attack]," said lead author Dr. Robin Hofmann, a cardiologist from the Karolinska Institute in Stockholm.

Patients who may have had a heart attack and are having trouble breathing, not getting adequate oxygen or have heart failure are often treated with oxygen therapy, in which oxygen is delivered through a mask or tubes in the nose, the researchers explained.

"While the current recommendations were based on expert opinion only, we can now add substantial new data from our large clinical trial," James said in an ESC news release.

The study involved more than 6,000 people with heart attack symptoms who were treated in one of 35 hospitals in Sweden. Of these patients, half were randomly assigned to receive oxygen through an open face mask. The remaining participants didn't receive supplemental oxygen and continued to breathe room air normally without a mask.

Patients who received this treatment didn't have a lower risk for another heart attack or injury to the heart muscle than those who didn't receive oxygen. Death rates within one year were similar among all the patients -- even those considered high-risk, such as smokers, older patients and those with other health issues, including diabetes or heart disease.

"The study results will likely have an immediate impact on clinical practice and future guidelines," James said.

"Our findings do not support the routine use of oxygen therapy in all patients with symptoms of a heart attack. The general use of oxygen in these cases is still widespread in the world but can now be adjusted," he said.

The study's findings were published in the New England Journal of Medicine and were presented on Monday at the annual meeting of the ESC, in Barcelona, Spain.