Mark and Chris Faced Alzheimer’s Together: A Caregiver’s Story 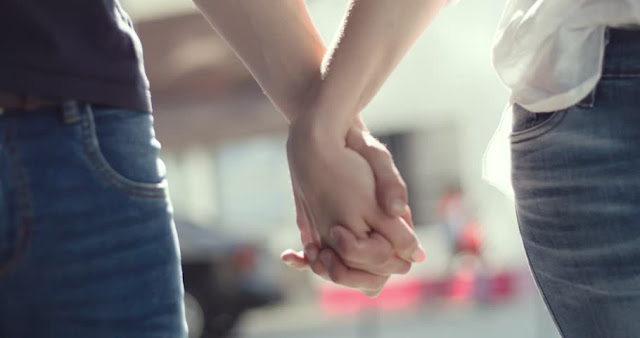 What happens when you face Alzheimer’s in your mid-forties?

My wife, Chris, and I had a great life together. But when she was 43, she was diagnosed with younger-onset Alzheimer’s disease, and our world changed forever.

In the early stages of Alzheimer’s, her progression was slow, which allowed us time to cope with the subtle changes she experienced.

Even so, having a timely diagnosis and time to come to terms with the disease was critical. It provided us time to tend to legal matters, including wills, healthcare directives, and power of attorney.

After taking care of these necessities, we lived in what we called “healthy denial.” Doing so allowed us to make the most of every day and to make decisions aimed at living our lives fully (as much as possible) in the time we had left together.

No Regrets: A Caregiver’s Commitment

Alzheimer's caregiver Mark Donham and his wifeI knew I would be there for Chris throughout this disease, so we made the decision that I would leave my job to care for her full-time. This decision had a big financial and personal impact, as it does for so many caregivers. Alzheimer’s is the most expensive disease in the United States, and it hits caregivers and families hard.

But we made our choice with no regrets.

Faith, hope, and courage were the words I focused on as Chris’ Alzheimer’s progressed. As the disease advanced, so did my role as a caregiver, eventually expanding to include dressing, showering, and toileting Chris.

During her decline, it was hugely painful to watch a previously vibrant woman disappear, requiring care in every aspect of her life. Even as her brain was slowly damaged by the plaques and tangles of Alzheimer’s disease, we chose to honor our initial goal to live the best life possible.

We laughed often, said “I love you,” and made the most of each moment.

Turning Point: In the ER With Heart Attack Symptoms

Alzheimer's caregiver Mark Donham and his wifeAs Chris declined, the stress of caregiving took its toll, and at one point I ended up in the emergency room. My doctor thought I was having a heart attack, but it turned out to be stress. At that point, I knew I needed to make some changes in how I cared for my lovely wife.

I secured extra help, but ultimately decided to place Chris in a care home so I could stay healthy while I cared for her through the end of her life.

It was not an easy decision. In fact, it was the hardest one of my life — and one with which many families and caregivers struggle. I made my decision so I could provide Chris the best care possible. In the end, it was one of the smartest things I did, because it allowed me the opportunity to spend more time loving Chris and managing her care.

In the little spare time I had, I teamed up with the Alzheimer’s Association, eventually serving as president of their Oregon chapter. Today, I run a support group for men caring for wives who are struggling with Alzheimer’s. For the past eight years and counting, I have been an advocate for people living with the disease, as well as their families and caregivers.

Chris passed away in January 2011, at age 54. I was there, holding her hands. Her passing marked the end of our lives together. It was an honor and privilege to love and be loved by Chris. We did our best to live our life together fully, in spite of this devastating disease. We stayed the course of our marriage for better and worse.

Mark Donham lives in Portland, Oregon. For Alzheimer’s & Brain Awareness Month, he will be motorcycling across the country as part of the Longest Day, a team event to raise funds and awareness for the Alzheimer’s Association. The association works with caregivers to enhance care and support for all those affected by Alzheimer’s and other dementias. Call their 24/7 helpline at 800-272-3900 for more information.