Lung Cancer: Is Your Doctor Screening You for the Best Treatment? 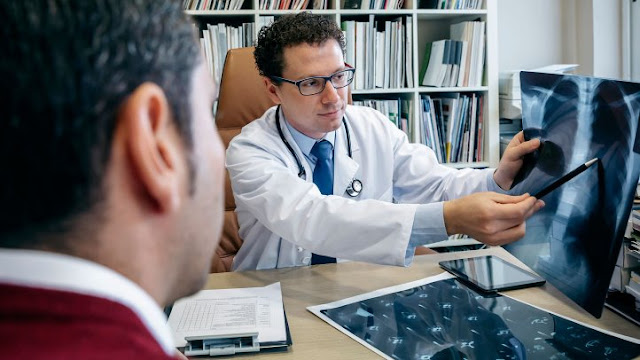 Lung cancer treatment has undergone a revolution in the past few years. Doctors are now able to identify key information about individual tumors — from genetic mutations to highly prevalent proteins — and treat them with targeted therapies. The rub? Not all patients get their tumors tested for this information, and even when they do and the results indicate they’re eligible for the therapies — many don’t get them.

This problem was brought to light in June 2017 at the annual meeting of the American Society of Clinical Oncology, when Olivier Tredan, MD, PhD, a scientist and the chair of the department of medical oncology at the Centre Léon Bérard in Lyon, France, reported that of nearly 2,000 patients with a variety of different cancers he studied, 676 could have been treated with targeted therapies, but only 143 actually were. According to this French study, the patients often didn’t get the therapies because some aren’t yet approved there.

Experts say that many lung cancer patients in the United States miss out on these therapies, too — although often for different reasons.

“In the U.S., the issues are that the tests aren’t always ordered by the treating oncologist, and even when they are, the results may not be completely translated into getting the appropriate therapies to patients,” says David Carbone, MD, PhD, the director of the James Thoracic Center at the Ohio State University Comprehensive Cancer Center in Columbus.

For patients who might be treatable with these new therapies and who don’t receive them for one reason or another, it’s a lost opportunity, says Dr. Carbone. “You’re not just prolonging life by six weeks,” he says. “You’re taking someone from having extreme pain and shortness of breath and maybe coughing up blood back to normal, sometimes for years.”

Why do patients miss out?

They Get the Wrong Kind of Biopsy

Sometimes, doctors don’t have enough tissue from the biopsy to be able to test the tumor for mutations or DNA rearrangements — a process referred to as molecular profiling, genetic testing, genomic testing, or immunologic testing. It doesn’t take a lot of tissue, doctors say. But it does require more than is generally obtained by the common biopsy technique, called fine-needle aspiration, used to take samples from tumors. The moment your doctor suggests a biopsy, ask her to order the type that will get enough material to yield answers, advises Carbone.

Doctors Aren’t Aware of New Developments in the Field

The lung cancer patient and activist Janet Freeman-Daily says that she was the one to educate her doctors about the tests. “When I told my doctors I learned about genetic mutations and targeted treatments online, that was the first they’d heard of it,” she says. Carbone says the field is evolving so quickly it’s hard for many doctors to keep up.

That's true “especially for general oncologists who are treating leukemia and prostate, breast, and colon cancers,” and who may see fewer lung cancer patients, says Carbone. “They might not be perfectly familiar with the best testing to do,” he says. “These tests weren’t around when most oncologists trained.”

Even if they know what type of tests to do, most hospitals likely don’t do them in house, and it can take weeks to get results. “Sometimes doctors say, ‘I’ll order these tests, but in the meantime, give chemotherapy.’ But several studies show that administering the right therapies first improves survival and patient quality of life,” Carbone says. In addition, using chemotherapy first may make you ineligible for some clinical trials.

How to Get What You Need

Ask for the right kind of biopsy, and ask for the testing to be done. And do your research, says Freeman-Daily. “It’s the engaged patients who do the best when they have stage 4 cancer,” she says. “I found out so much by talking to other patients online, via Facebook groups and other social media.”

Get a second opinion. And before you start any therapy, consult an oncologist at a major medical center that has lung-cancer-focused oncologists, Carbone says.

“We have a lot of new options for lung cancer. It’s a terrible disease, but sometimes we can match these new options to the patient’s tumor by doing this molecular testing,” says Carbone. “It’s a shame when people aren’t given the opportunity to take advantage of these options because they haven’t had adequate testing.”