Early Rheumatoid Arthritis Treatment: Why Is It So Important? 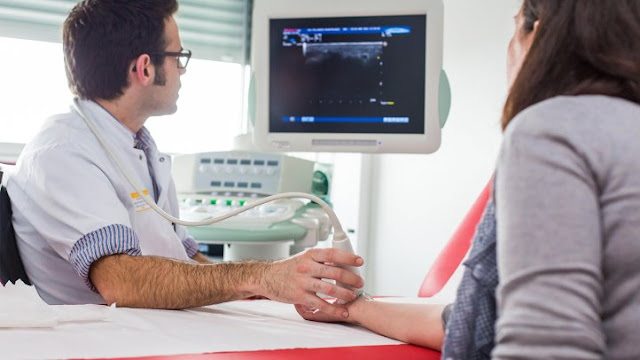 The European League Against Rheumatism (EULAR) originally announced guidelines highlighting the critical nature of early diagnosis and treatment for rheumatoid arthritis in 2007. Just recently, the organization has updated its recommendations for early referral to a rheumatologist: Patients should seek help if symptoms persist for more than six weeks, and early management should be directed by a rheumatologist. The recommendations also suggest patients at risk for chronic arthritis should begin a course of disease-modifying anti-rheumatic drugs (DMARDs) within three months of symptoms appearing.

This push to begin treatment immediately may seem hasty, but there are important reasons to start early. "There is a progression of damage to joints that is irreversible. Your body tries to heal it, but it’s really never the same. A number of studies have shown that sometimes even when someone is first diagnosed with RA, you can already see some of these changes on X-rays and MRIs. That tells us that we have to think of treatment right away,” says Timothy Niewold, MD, research chair in the division of rheumatology and associate professor of medicine at the Mayo Clinic in Rochester, Minnesota.

A Need for Speedy Evaluation and Treatment

“Early and aggressive RA treatment is recommended by all the scientific and medical societies all over the world,” adds Cristiano Zerbini, MD,rheumatologist and director of the Centro Paulista de Investigação Clinica in São Paulo, Brazil, whose team of researchers found in a study published in the February 2017 issue of Osteoporosis International that “treatment with biologic drugs is associated with the decrease in bone loss. Studies with anti-TNF blocking agents show preservation or increase in spine and hip BMD and also a better profile of bone markers.”

Zerbini explains that early treatment that stops disease activity also stops joint and bone destruction. "You may compare the inflammatory process in the beginning of the disease to a bonfire that may become a [larger] fire, destroying the joint and adjacent bone if [it's] not eliminated by treatment as soon as possible,” he says. The bottom line: Do not delay treatment.

Zerbini adds, “The active disease leads to a continuous loss of bone and consequently to osteoporosis, leaving the patient with a high probability of a low trauma fracture. The pain and deformity prevents the ability to exercise, which contributes to additional loss of bone.”

As the person experiencing symptoms, you are on the front line for early diagnosis. Be sure to see a rheumatologist if you have swelling, redness, and stiffness in the small joints of your hands, feet, wrists, and ankles. Also, Dr. Niewold says, “This tends to be symmetric. It’s not a perfect symmetry, but usually you will get symptoms in both hands or both feet.” Feeling very stiff in the morning is another symptom.

A rheumatologist may use the following to diagnose you:

A physical exam of your joints
Blood tests, which will show if there is an inflammation in the body
X-rays, MRIs, or other imaging tests, to see how severely the joints are affected
What Does Early Treatment Look Like?

The first-line treatment for RA is usually a DMARD called methotrexate (Rheumatrex, Trexall). You may also get steroids or corticosteroids as an anti-inflammatory. That's enough for most people, though some may need to increase the dose. “That brings us to the next decision point: Is the methotrexate enough? If it’s not enough, you might need to add in another medication, such as TNF-blocking drugs, which are also anti-inflammatories,” says Niewold.

Niewold and his team have been at the forefront of studying whether a simple blood test can reveal if a patient is a good candidate for TNF-blockers. So far, the results are good, but further study is needed before this test is readily available to all practitioners. If their findings are validated, doctors will be able to personalize treatment for patients without wasting valuable time waiting to see if a drug works for them.

Patients can be resistant to taking medication because they don’t want to be “on” something their entire lives. But Niewold points out that a drug regimen isn’t always lifelong; it depends on the disease's progression. “There is always risk in treatment, but there is also a large risk in not treating,” he says.

“The general paradigm is if you don’t treat RA, it goes badly. You will have long-term disability, losing joint function and mobility,” explains Niewold. “It’s also probably better for your cardiovascular system, as there is early atherosclerosis and cardiovascular morbidity in RA. Most of the studies are supporting the idea that early intervention and active treatment helps prevent that downstream complication.”

Niewold recommends taking the following steps to improve your health with RA:

Stop smoking. There is some risk of getting RA from smoking, and if you continue to smoke while taking RA meds, they don’t work as well — you tend to have more disease activity and more damage.

Engage in low-impact exercise. If you are able to get active and push back against stiffness, it goes away faster. Yoga is good because in involves both moving and stretching.

Change your diet. Many people with RA say that following an anti-inflammatory diet has helped with their symptoms. “It’s hard to know if it really affects joint inflammation, but patients do report they have more energy and a little better mobility. It’s a subtle effect — it’s not a cure — but it’s not a bad thing to try,” says Niewold.

Work with your rheumatologist to find the right treatment plan for you. And if at present you aren’t feeling relief from your course of disease management, don’t give up, says Niewold. “There are lots and lots of tools in the toolbox now.”