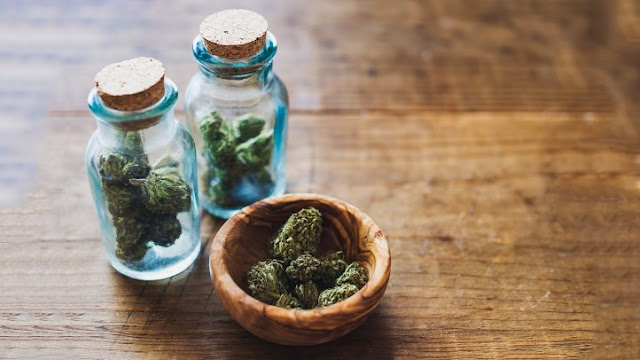 Drug Administration (FDA) has not approved the drug as a standard of care, 29 states and Washington, DC, have legalized medical marijuana. That legislation has passed at a time when some research, which has mostly been observational and conducted in animals, links marijuana use to improved symptoms associated with HIV, multiple sclerosis, chronic pain, and mental disorders.

But what do researchers say about using marijuana to help treat or prevent diabetes? Suffice it to say, studies suggest you shouldn’t light up just yet.

The marijuana plant contains chemicals called cannabinoids that have a range of effects, including increased appetite and diminished pain and inflammation. That all sounds great, but what’s really going on?

Even though some preliminary research suggests medical marijuana may help improve glucose control and insulin resistance, doctors across the board aren’t quick to recommend marijuana for diabetes prevention. That’s because most of the studies haven’t met the gold standard for medical research: Medical marijuana hasn’t been analyzed in large, randomized, controlled studies in human subjects with type 2 diabetes. Such studies reduce the risk of bias in study authors, and provide the most reliable evidence we have for a cause-and-effect relationship between two factors (in this case, medical marijuana and diabetes) rather than just a correlative link, which observational studies draw.

That said, those observational studies may offer clues about how cannabis may affect diabetes. For example, a study published in July 2013 in The American Journal of Medicine looked at nearly 600 adult men and women currently using marijuana and about 2,000 who had used it in the past; after fasting overnight, they had their blood drawn and were screened for other health factors, such as blood pressure, body mass index (BMI), and waist circumference. Compared with those participants who had never used marijuana, participants who were current users had 16 and 17 percent lower fasting insulin levels and measures of insulin resistance, respectively. They were also more likely to have smaller waistlines.

On the basis of their preliminary findings, the authors noted that specific cannabinoid receptors in the body may help improve insulin sensitivity. They were also interested in the association between using the drug and having a smaller waist circumference. Those who use cannabis eat more calories on average, the authors pointed out, and paradoxically also tend to have lower BMIs. One possible explanation: Previous research had found that when marijuana was given to obese mice, the rodents slimmed down and had better functioning of their beta cells, which produce insulin. And finally, the drug may also influence a protein called adiponectin, which has been linked with improved insulin sensitivity.

Results from the latter animal study seem to support the conclusion of an observational cross-sectional study published in January 2012 in BMJ Open. That research looked at about 11,000 participants of the NHANES III study, which sampled the United States adult population and drew an association between use of cannabis and a 58 percent reduced risk of developing diabetes mellitus (the term includes both type 1 and 2) compared with those who don’t dabble in the drug. Although researchers note that more studies would need to be conducted to prove a causal effect, they theorized that the anti-inflammatory properties of cannabinoids may have led to the improved health outcomes in participants.

A more recent study, published in December 2015 in Diabetologia, found an entirely different association between marijuana use and diabetes risk. In that research, current young adult users were 65 percent more likely to develop prediabetes by middle age versus never-users. Keep in mind that with both these studies, data relied on people reporting their marijuana habits accurately and honestly, which may have skewed the results.

Because the association was murky, a team of Swedish researchers conducted their own research. The study, published in October 2016 in the Journal of Diabetes Research, looked at 18,000 men and women and found no link between using the drug and developing diabetes after adjusting for age between people who used cannabis and abstainers.

While studies investigating marijuana as a diabetes prevention tool have not been conclusive, one study suggests the drug may be used to help relieve diabetes symptoms; researchers note those findings are also preliminary.

The research, which was published in July 2015 in the Journal of Pain, found that patients suffering from a condition called diabetic neuropathy, or painful nerve damage due to chronic high blood sugar, may lessen their discomfort by inhaling marijuana. Cannabinoid receptors located in the nervous system across the spinal cord and brain appear to work on multiple planes to relieve pain, including decreasing the excitability of receptors, reducing transmission of pain signals in the brain, and inhibiting discomfort down the spinal cord.

Although the study was conducted in humans, and was randomized, controlled, and double-blinded, it was small — involving only 16 participants. Plus, one study doesn’t mean marijuana is safe to use for this purpose, says one of its authors, Mark Wallace, MD, the chair of the division of pain medicine at the University of California in San Diego.

Because most studies are observational and those that are randomized and controlled are small, results on the relationship cannabis may have to diabetes aren’t conclusive. That’s why more rigorous, high-quality research in humans is needed.

But before a definitive conclusion is reached, there are several barriers stalling medical marijuana research, says Melanie Elliott, PhD, an instructor in the department of neurosurgery at the Sidney Kimmel Medical College at Thomas Jefferson University in Philadelphia, who studies cannabinoids as a therapy for traumatic brain injuries, inflammatory conditions, and pain.

One hurdle is the regulatory steps that researchers have to pass. Marijuana is still considered a Schedule I controlled substance, meaning it has a high potential for abuse and no accepted medical use. Heroin and ecstasy also fall into this category. “Because of this, there are federal and local regulations that are pretty discouraging to researchers,” says Elliott, who adds that university regulations and institutional reviews are also required. “There are many tiers of review, which become time-consuming and cost money for researchers,” she explains.

The supply of cannabis for research is another problem. Medical dispensaries offer a variety of strains all grown to have different properties, as well as different products, like extracts, edibles, oils, and cigarettes. As Elliott points out, the only source of medical cannabis for government-backed research must go through the National Institute on Drug Abuse (NIDA) and come from farms at a single U.S. higher-education institute, the University of Mississippi. “As researchers, we don’t have the diversity of cannabinoid strains and products that are available to patients from dispensaries,” she says. Some patients may prefer an edible, for instance, but under current law, researchers can’t study edibles in a government-backed study. A study in which people with diabetes smoke marijuana isn't ideal, because it would likely lead to cardiorespiratory problems, but for research on medical marijuana as a whole, this limitation is problematic. “It’s important to know what you’re getting as a patient,” she notes. She adds that some researchers say a good marijuana placebo is lacking.

In large part as a result of these barriers, studies that show an association — and conflicting studies, at that — are the current mainstay of the research in this field.

What Clinicians Are Saying

“This research is in its infancy. As far as using marijuana medicinally to improve measures of metabolism or diabetes, there are far more unknowns than knowns, and it’s way too early to make a recommendation to use cannabis,” says Troy Donahoo, MD, an associate professor in the division of endocrinology, diabetes, and metabolism at the University of Florida in Gainesville, who has studied the effect of marijuana use following bariatric surgery. Donahoo was previously at the University of Colorado in Denver, where he saw many patients with diabetes and obesity who used cannabis recreationally or medicinally for anxiety, sleep, or pain control.

He notes that one thing clinicians agree on is that strains of marijuana that produce a feeling of highness — many of which are recreational — wouldn’t be advisable for people with diabetes because they tend to increase appetite. For people with diabetes, strict diet and weight management is crucial to help regulate blood sugar levels and increase insulin sensitivity.

What do doctors also know? Behavior changes like a healthy diet and more physical activity, as well as approved medications for weight loss and diabetes, have proven benefits to halt the development and progression of the disease. “We know the risks and benefits to these,” he says. That makes these approaches far more preferable than medical marijuana for physicians to recommend.

Next Steps for Researchers and Clinicians

Although medical marijuana legislation has passed in more states, many traditional physicians who rely on research and official U.S. medical guidelines continue to have, like patients, only a partial picture of the drug.

“Part of the challenge is that many physicians still have a very low understanding of marijuana and its potential benefits, and I think they often overestimate the risks. While I do believe some components of cannabis can have beneficial effects, we don’t have the full picture to recommend it,” Dr. Donahoo says.

Though the research that’s needed is slow in coming, things are looking up, says Elliott. Last summer, NIDA called out to researchers to express their needs in better studying medical marijuana. There's hope that, in the future, these changes will be made to open up research possibilities.

Until that happens, don’t be afraid to tell your physician if you’re using marijuana in any way. “I believe it’s important to have an open relationship with your provider, so they can get the full picture of your care,” Donahoo says.