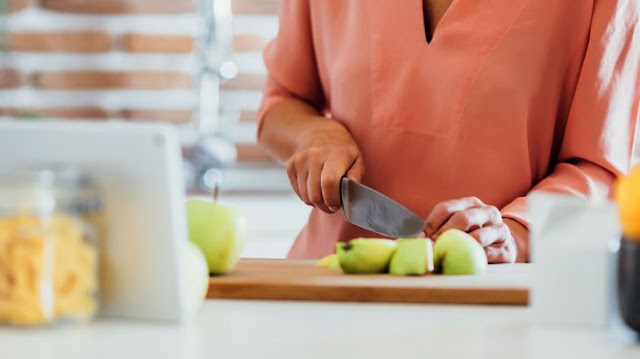 You already know it’s crucial to eat foods low on the glycemic index (GI) when you have type 2 diabetes. That’s the scale that ranks foods on how much they tend to spike blood sugar levels, and it can help people with diabetes make sure they’re eating the appropriate foods to reach their blood sugar level goals.

Another theory that is less known but has made its rounds in the community is the idea that always pairing carbs with protein or fat can similarly help you keep diabetes in check. For instance, if you’re going to have a banana, spreading some almond butter on top will help boost its value. The underlying idea is that adding protein may delay your peak glucose level compared with when you consume carbs alone, seeing as carbs are processed like sugar in the body — going straight into the bloodstream and increasing the risk of blood sugar spikes.

But surprisingly, the research hasn’t borne out this theory, says Martha McKittrick, RD, CDE, a certified health and wellness coach in New York City. For an example, she says, think of a milk chocolate bar. “It would seem that adding fat to all that sugar would keep blood sugar lower, but studies don’t really show that,” she says.

That means this idea is actually a generalization — and there’s really no hard and fast rule for eating carbs when it comes to pairing, though it is crucial to keep carb portions moderate and space them out throughout the day when you have diabetes. Counting carbohydrates, perhaps by maintaining a food journal, is a good way to track your intake.

That said, keep in mind that some carbs do have a place in the diabetes diet: Fresh fruit, for example, is a great substitute for processed candies, and a small bowl of whole-wheat pasta is significantly safer for people with diabetes than is a heaping plate of white pasta, as these alternatives lie low on the GI, according to the American Diabetes Association (ADA).

When in doubt, look for foods that contain fiber and fat, which tend to be lower on the GI, the ADA points out. While fiber is known to be good for blood sugar levels because the body only digests a portion of it, healthy fat is satiating, meaning you’ll be less likely to reach for unhealthy foods and pack on unwanted weight, which can contribute to insulin resistance.

Another way to help improve insulin sensitivity and potentially lose weight? Believe it or not, keeping in mind certain food pairs. Again, while there’s no set rule for pairing carbs with fat and protein, some carbs are indeed better for diabetes when paired smartly. In addition to other known diabetes-friendly food pairs, here are five more snack and dish ideas to help you better manage your blood sugar.

While consuming foods that contain carbs, like toast, can have a direct effect on the rise of blood sugar, opting for the fiber-rich whole-grain variety, and mixing it with a healthy fat like avocado, helps make this breakfast staple more diabetes-friendly.

While fiber can help control high blood sugar, “fat takes longer to digest. It sits in your stomach longer, so you feel fuller longer,” McKittrick explains. And that can help someone with diabetes in their quest for weight control. After all, shedding excess pounds if you’re overweight or obese can help increase insulin sensitivity. According to an article published in June 2015 in the journal Diabetes Care, losing only 5 to 10 percent of body weight may help reduce the amount of diabetes medication you need to take.

Plus, feelings of fullness may affect blood glucose in the long run. That’s because if you’re hungry all the time, you may keep eating carbs in an effort to feel full, and that will raise your blood sugar, she says. Avocado is packed with healthy monounsaturated fatty acids, making it ideal to spread on toast.

These little seeds are bursting with fiber, which may help lower blood sugar after eating a higher carb meal, says McKittrick. “Adding them to the mix can keep you feeling full longer and slow digestion for a slower rise in blood sugar,” she says, explaining that a smoothie can often be high in carbs.

Beyond fiber, chia seeds are unique because of their texture — they absorb liquid and expand, turning into a gel in your stomach. While all fiber is great, soluble fiber specifically can help slow blood sugar’s rise. When building the ideal diabetes-friendly smoothie, keep carbs in a range of 15 to 45 grams (g), and lean toward the lower end if this is a snack. McKittrick recommends blending together a serving of fruit, chia, protein (a serving of Greek yogurt, nut butter, or protein powder), almond milk, and leafy greens.

Snack on a Fiber-Rich Apple and a Handful of Nuts

“Almonds and other nuts can help regulate and reduce the rise in blood sugar after meals,” says McKittrick. She points to a study published in April 2011 in the journal Metabolism, which showed people who ate about 2 ounces (oz) of almonds per day for four weeks reduced their levels of fasting insulin — a measure that can be used to help identify if you have insulin resistance — by 4 percent compared with a control group.

The combination of healthy fat, fiber, and protein all work together to lower blood sugar, she notes. Magnesium also plays an important role in blood sugar management, and people with diabetes are often deficient in this, which can impair insulin secretion. In fact, low magnesium levels can increase insulin resistance, the hallmark of type 2 diabetes, according to an article published in August 2015 in the World Journal of Diabetes.

One serving of almonds contains about 20 percent of your daily value for magnesium. When it comes to choosing an apple, the size — rather than the type — is most important, says McKittrick. A woman may want to choose a very small apple (15 g of carbs), while a larger or more active person can go for a medium apple (30 g of crabs).

Pair a Fish Meal With a Delicious Glass of Wine

“A small glass of wine may actually help lower blood sugar in some people,” says McKittrick. What might surprise you is that most dry wines, like chardonnay, pinot grigio, and merlot, may contain just 4 g of carbs or less per serving. Research published in October 2015 in the journal Annals of Internal Medicine found that people with well-controlled type 2 diabetes who were “slow ethanol (alcohol) metabolizers” and drank 5 oz of white or red wine with dinner while following a Mediterranean diet had better glycemic control compared with those who were “fast ethanol metabolizers.”

The researchers also found that starting to drink 5 oz of red wine with dinner nightly was safe and decreased cardiometabolic risk factors — that is, they increased HDL, or “good,” cholesterol levels — in people with well-controlled diabetes. If you choose to drink after getting the green light to do so from your doctor, be sure to mind drink recommendations from the ADA: one drink per day if you’re a woman, and two drinks per day if you’re a man.

Also, if you’re on certain diabetes drugs that causes low blood sugar, you should avoid drinking alcohol on an empty stomach because of a risk of hypoglycemia, says McKittrick. Talk to your doctor before imbibing. If you’re not taking insulin, you can figure out whether you’re a slow or fast ethanol metabolizer by observing whether your blood sugar dips or spikes one hour after sipping a glass of dry wine.

This may sound like a strange combination considering potatoes are usually seen as off limits with diabetes, but with the right approach, you can enjoy them responsibly. Though a decade ago there was a list of foods people with diabetes should avoid, the tide has turned to showing that people can have these foods as long as they mind portion size and monitor how their body uniquely responds to these foods.

Not only do individual foods have an impact on your blood sugar, but how they’re prepared makes a huge difference, too. One study published in November 2005 in the European Journal of Clinical Nutrition suggested that eating 50 g of potatoes that were boiled and then cooled in the refrigerator reduced the rise of insulin in healthy people compared with the same amount of freshly cooked potatoes, likely thanks to the resistant starch in the cold taters, the researchers point out. “Eating cooked potatoes that have been cooled can help slow the rise of blood sugar, but portion size and total number of carbs is what's most important,” says McKittrick.

Even more effective for the blood sugar response: Eating those cold potatoes with vinaigrette (a mix of olive oil and vinegar). A half-cup of homemade potato salad contains about 14 g of carbs. Because everyone’s needs are different, consider how this falls into your carb range for the meal, and for your day.