The Power of Setting Goals for People With MS 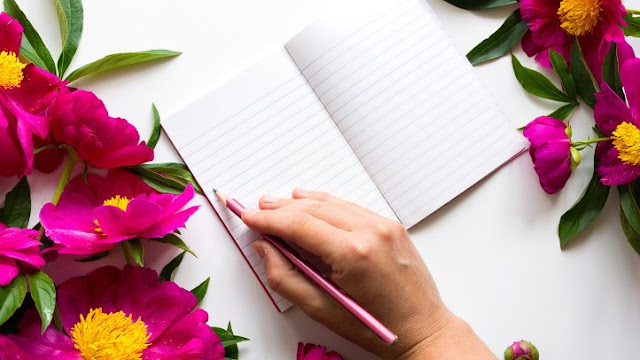 Kathy Costello, a nurse practitioner at the Johns Hopkins MS Center in Baltimore, Maryland, has worked with people with multiple sclerosis (MS) for decades. When asked about the importance of goals for people with MS, she recalled her work with one single mom with two young daughters. “When this woman got her diagnosis, she realized that multiple sclerosis could really interfere with her meeting all her responsibilities.”

The woman’s overarching goal, Costello explains, was to stay as healthy as possible to take care of her children. “She could see this goal, and while she knew she had to alter some things because of her diagnosis, she looked at the goal incrementally and was able to be successful.”

The woman broke down the steps she needed to take and determined the order in which she needed to take them. She first set a goal to be consistent about taking her medication. Then she started to exercise for the first time, and eventually became a daily exerciser. After establishing good self-care habits, she started her own professional recruiting business.

“Being systematic and tackling high-priority goals one at a time were the key to this woman’s success,” Costello says. When MS symptoms made it necessary to do so, the woman adjusted the steps she was taking to meet her goals, or the pace at which she took them.

“The challenges of MS vary, and some adjustments are more difficult than others,” Costello says, acknowledging the wide-ranging effects that MS can have. “MS can affect how we feel, think, and move, our strength, our sexual function, our elimination. MS comes in all shapes and forms."

Reflect on What’s Important to You

Costello advises people with MS to reflect on their greatest wishes and hopes. “What do I want in life? What is my purpose? Those are big ideas,” says Costello.

They are indeed big ideas that people with MS — and everyone else, for that matter — ought to be thinking about if they aspire to a life of satisfaction and meaning.  As the novelist Fyodor Dostoyevsky wrote, “The secret of man’s being is not only to live but to have something to live for.”

Ann Marie Johnson, a Brooklyn, New York, resident now in her forties, received her MS diagnosis at age 31. Before the diagnosis, she had a long list of ambitions. “Get my master’s degree, start a career, have a husband and dogs. All these goals!” she says.

The diagnosis shifted her thinking. “Before the MS, anything I wanted, I’d put my mind to it, and I’d get it,” she says. “After the MS, I had to ask myself, ‘Is this attainable? Also, how important is it for this thing to get done today or to get done, period?’”

Costello recommends that people with MS set SMART goals — goals that are specific, measurable, attainable, realistic, and time-bound. Here’s how this might look:

Specific:  “A specific goal might be to take your medication regularly, or to participate in the rehab program that was ordered for you, versus a vague goal like ‘feeling better’ or ‘achieving wellness,’” she says.

Measurable: A measurable goal allows you to gauge your progress and determine if you have succeeded or not. “Maybe you set a goal of walking 25 feet in 10 seconds within a certain time frame,” says Costello. At the end of that period, assess whether you have achieved that goal, and if not, how close you came. Seeing incremental progress can inspire further effort toward reaching it, but perhaps in a different way or over a longer period.

Attainable and Realistic: Does your goal make sense? Is what you are choosing to do the right goal for you to focus on now?

Time-Bound: Say you want to join a support group. Rather than promising yourself you’ll do some online research and maybe make a phone call or two when you feel motivated, set a time-limited goal — say, within the next two weeks — to look for a local support group using the website of an organization, such as the National Multiple Sclerosis Society or the Multiple Sclerosis Foundation, and contact the organizer of any groups you might want to attend.

Costello suggests that you share your SMART goals with other people who can support you.

Also, remember that even with well-defined SMART goals and social support, obstacles can arise. Some hurdles may involve issues with insurance or the healthcare system. If you face those kinds of obstacles, you can find help through the National Multiple Sclerosis Society’s MS Navigators, who can be reached at 800-344-4867.

Do not beat yourself up if things happen that keep you from reaching your goal when you wanted to reach it, or at all.

“At times you need to rethink, reset, and start again. That is resiliency and being able to adapt,” says Costello.

Stay Hopeful and Open to Inspiration

In setting goals for herself, Johnson took inspiration from other people living with MS.

“I educated myself about people with MS who are living their lives and doing amazing things,” says Johnson. She encourages others who have MS to do the same.

Johnson loves to travel and recently returned from India, where she walked along dirt roads and actually outpaced many others in her tour group.

“With MS, you may need to do a little bit more planning. You may need a little more time. It’s okay!” she says. “Whatever you set yourself to do, look into it. There is no reason to look backwards because we don’t walk backwards. Keep looking forward.”