The Benefits of Swimming if You Have Crohn’s 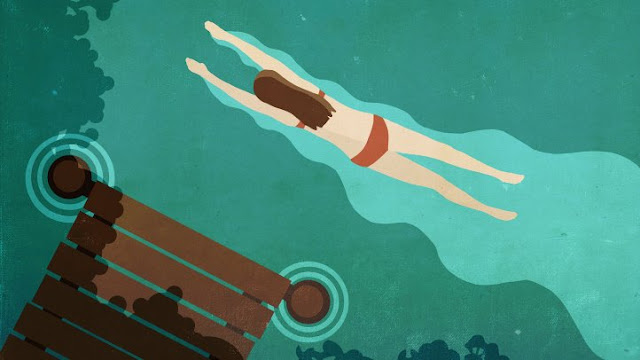 If you have Crohn’s Disease, exercising may be the furthest thing from your mind. But its effects can be far-reaching — and getting wet may be just what the doctor ordered.

“Exercise is important for all people, including those with Crohn’s disease,” says Jessica Philpott, MD, PhD, a gastroenterologist at the Cleveland Clinic in Ohio. Studies suggest swimming has a positive impact on people with an inflammatory bowel disease (IBD) like Crohn’s, she says, especially when you’re in remission.

Arthritis affects 25 percent of people with Crohn’s and is one of the most common complications occurring outside the intestinal tract.

While nonsteroidal anti-inflammatory drugs (NSAIDs) can help relieve symptoms of arthritis, many times they’re not an option for people with Crohn’s, since they can irritate the intestine and worsen the inflammation.

Swimming can keep joints working and less painful by promoting flexibility and strength.

A study published in March 2016 in The Journal of Rheumatology found middle-aged and older adults with osteoarthritis who participated in three months of swimming exercise training had a reduction in stiffness and joint pain as well as an increase in quality of life.

Physical exercise like swimming can actually help you feel better. Rather than worsen Crohn’s symptoms — diarrhea, abdominal cramps, rectal bleeding — physical activity can reduce their severity. Additionally, a study published in May 2015 in the journal Inflammatory Bowel Disease found that patients whose Crohn’s was in remission had a decreased risk of a later flare if they exercised.

Here are six other ways swimming can help people with Crohn’s:

1. It improves mood. It’s not uncommon for people with Crohn’s to experience anxiety, stress, depression, and mood swings. Mood-boosting, feel-good endorphins released while swimming can help in managing those difficult feelings associated with an IBD. If you’ve ever watched a swimmer glide seamlessly on the water, it’s easy to see how the sport can be considered a form of meditation in motion.

2. It may improve bone health. The bone density of people with Crohn’s is lower than average because of several factors, like taking corticosteroids, chronic inflammation, Vitamin D deficiency, and a low body mass index. Swimming may be helpful in building stronger bones. “Studies have found that swimmers have stronger bones, with more resistance to fractures,” explains Joan Pagano, a fitness professional in New York City. She adds that swimming is especially beneficial to bone mass in later stages of life when fractures are more likely to occur.

Simply standing in the water and walking forward and backward, then side-to-side can help stimulate your bones.

3. It can help lower blood pressure. According to the American Heart Association, high blood pressure may occur as a result of some drugs used to treat Crohn’s, such as corticosteroids and cyclosporine. Swimming is an excellent way to manage, and lower, blood pressure.

4. It may boost immunity. Because treatment for Crohn's can involve immunosuppressive drug therapy, anything that boosts the immune system is beneficial, according to research in the Canadian Journal of Gastroenterology — especially a form of exercise like swimming.

6. It can bolster your energy. Medication and dealing with Crohn’s itself can be energy-sappers. But there are ways to recoup that lost energy. A University of Georgia study found that regular, low-intensity exercise, like swimming, could help boost energy and decrease fatigue by 65 percent. Swimming can enhance your cardiovascular fitness to improve levels of stamina and overall health, according to Pagano. “It can prevent a downward spiral where lack of activity causes a decline in physical, mental, and emotional well being,” she says.

7 Things to Know Before You Dive In