How to Maintain Strong Bones When You Have Crohn’s 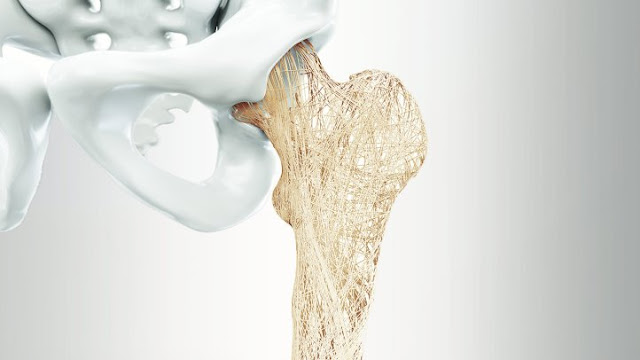 Osteoporosis is a disease that weakens bones — and people living with an inflammatory bowel disease (IBD), including Crohn’s disease, are more likely than others to develop it. A study published in March 2006 in the journal Digestion found that almost 50 percent of people with IBDs are affected by osteoporosis or osteopenia, a condition that is often considered the precursor to osteoporosis.

Osteoporosis is an especially dangerous disorder because often you don't notice any signs until you break a bone. If you have Crohn's disease, knowing that you're at increased risk for osteoporosis can be beneficial in two ways: You can keep an eye out for possible osteoporosis symptoms, and you can take action before the condition progresses too far.

Treatments for IBDs Could Be Risk Factors for Osteoporosis

Research has found that some treatments commonly recommended for IBDs — including corticosteroids, a type of medication, and bowel resection, a surgical procedure — could be risk factors for osteoporosis. Here's why:

Corticosteroids These are a type of steroid often used to bring an acute attack of Crohn’s disease into remission. While effective, these drugs also comes with a long list of possible side effects, including a tendency to decrease the number of bone-forming cells in the body and increase the amount of calcium excreted through the urine. According to the Crohn's and Colitis Foundation of America (CCFA), 30 to 50 percent of people who take corticosteroids on a long-term basis are thought to develops osteoporosis. The impact on bone heath depends on both medication dose and length of time on the drug.
If you take corticosteroids to manage Crohn’s disease, your doctor may prescribe both calcium and vitamin D supplements to help offset these side effects. Other prescription drugs known as bisphosphonates have also been successful at reducing the risk of osteoporosis caused by corticosteroids, and are often prescribed for Crohn’s patients.

Bowel Resection For some people with Crohn’s, surgery is a good treatment option. Bowel resection is a surgery that's performedwhenCrohn’s disease affects a long section of intestine. During this procedure, the diseased portion of the intestine is removed, and the healthy areas are reconnected.
The problem is that the removed bowel sections can be sites of absorption for many important nutrients, including some that are needed for bone health.

It’s not just the treatments for Crohn’s disease that can cause bone health problems; Crohn’s disease itself may weaken bones. Proteins secreted by the immune system called cytokines that are involved in the disease process of Crohn’s may also play some role in bone thinning, explains Dr. Regueiro. These cytokines ignite the immune system against the bowel, and in doing so may also weaken bones. According to the CCFA, as many as 30 to 60 percent of people with Crohn’s disease or ulcerative colitis have lower-than-average bone density.

Although scientists are not certain exactly how the cytokines in Crohn’s disease affect bones, there's increasing evidence to suggest a direct link between Crohn’s disease and bone thinning, independent of treatment side effects.

This means that whether or not corticosteroids or bowel resection have been a part of your Crohn’s disease treatment plan, it’s a good idea to talk to your doctor about the risk of osteoporosis.

Ways to Help Prevent Osteoporosis if You Have Crohn’s Disease

If you have Crohn’s disease, your doctor can help you minimize risk factors for osteoporosis in several ways. These include: