High-Cal Foods May Raise Cancer Risk in Women, Even Without Weight Gain 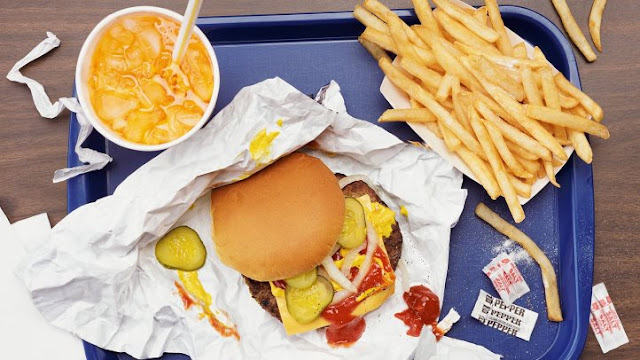 Women who eat a lot of high-calorie foods may face a slightly higher risk of obesity-related cancers -- even if they remain thin, a new study suggests.

The study, of more than 92,000 U.S. women, found those who favored high-calorie, low-nutrient foods had a 10 percent higher risk of cancers linked to obesity. These include processed foods like chips, fast foods and sweets.

The list of malignancies included breast, colon, ovarian, kidney and endometrial cancers. Obesity is considered one of many risk factors for those diseases.

There was a catch, though, the study found. A penchant for high-calorie food was tied to cancer risk only among women who were of normal weight.

Researchers called the findings "novel" and somewhat unexpected. Going into the study, they'd hypothesized that any link between calorie-dense diets and cancer would be strongest among obese women.

But the results suggest that staying trim, alone, is not enough to curb the risk of obesity-related cancers, said lead researcher Cynthia Thomson.

"I think when we say that certain cancers are associated with obesity, people who are normal-weight think, 'So I'm OK,' " said Thomson, a professor at the University of Arizona's Zuckerman College of Public Health.
But, she added, being thin doesn't mean you are "metabolically healthy" -- which means having normal blood sugar, cholesterol and triglyceride levels, for instance.

That "metabolic dysregulation" might partly explain the higher cancer risk seen in this study, Thomson and her colleagues speculated.

"That may be true," agreed Marji McCullough, strategic director of nutritional epidemiology for the American Cancer Society.

McCullough, who was not involved in the study, also pointed to another possibility. People who eat lots of calorie-laden foods tend to eat few "plant-based foods," including fruits, vegetables, beans and whole grains.

That means they'll be low on the fiber, vitamins and other nutrients that may help curb the risk of certain cancers, McCullough said.

What's wrong with calorie-dense foods? By definition, they pack a lot of calories relative to their weight.

That's not necessarily bad, McCullough noted. "Some are healthful," she said, "like olive oil and nuts."

But many calorie-dense foods are relatively low in nutrients. In general, processed foods (chips, crackers and prepared dressings), fast foods (cheeseburgers and pizza), and candy bars fall into that category.

McCullough pointed to the example of pretzels. A person can end up eating a huge bowl of them before feeling satisfied -- downing a lot of calories with little nutritional value.

When they entered the study, the women gave detailed information on their eating habits. From that, Thomson's team calculated the calorie-density of each woman's typical diet.

Over 15 years, just under 9,600 women developed a cancer that has been tied to obesity -- most often breast cancer, followed by colon cancer.

While the study only found an association, those odds of developing cancer were slightly higher in general among women who favored calorie-laden foods.

When the researchers dug deeper, though, the link was only apparent among women who were normal weight.

Those who ate the most calorie-dense foods (enough to land them in the top 40 percent) were 12 to 18 percent more likely to develop an obesity-related cancer, versus women who ate relatively few of those foods.

That was with other factors taken into account -- including age, overall health, and smoking, drinking and exercise habits.

But if diet quality matters, why was there no link among heavier women?

One possibility, McCullough said, is that the effects of their excess weight "overwhelmed" any impact of diet itself.

Thomson pointed to another possibility: Normal-weight women who ate a lot of calorie-dense foods may have had a more dramatic weight gain as they grew older. The researchers had some information on weight gain, but not for the entire study period, she noted.

Whatever the reasons, the bottom line is fairly simple, according to McCullough. "Eat more plant-based foods," she said.

That's what the American Cancer Society and other groups already recommend for the sake of overall good health, McCullough noted.

"This study supports what we've been saying," McCullough said. "There are plenty of reasons to eat a plant-based diet, beyond just weight control."

The findings were published Aug. 17 in the Journal of the Academy of Nutrition and Dietetics.