Diarrhea vs. Constipation: How to Adjust Your Diet for Crohn’s Disease 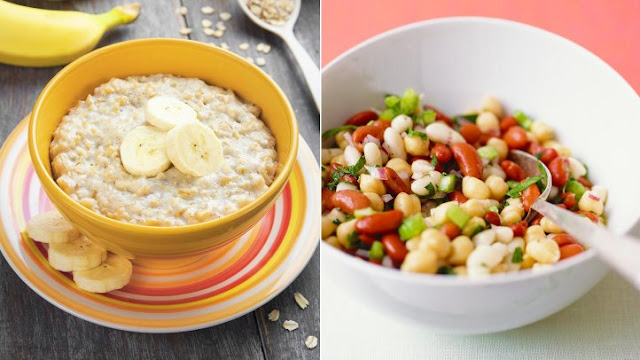 Getting enough nutrients can be daunting when you have an inflammatory bowel disease like Crohn’s. It’s even harder when you’re experiencing symptoms like diarrhea or constipation. You may not feel like eating healthy meals when you have these symptoms, but experts at the Crohn’s & Colitis Foundation of America (CCFA) assert that nutrition is vital when your symptoms flare.

Crohn’s disease can prevent vitamins and minerals from being absorbed properly by the body, and being malnourished can make it harder for the body to heal. Factor in other symptoms, like abdominal pain, nausea, and a resulting poor appetite, and eating healthfully becomes even more difficult.

Although most Americans with Crohn's disease don’t become seriously malnourished unless their disease is severe, it's possible to develop deficiencies in iron, vitamin B12, and vitamin D, says James D. Lewis, MD, professor of medicine and epidemiology and associate director of the Inflammatory Bowel Disease Program in the Perelman School of Medicine at the University of Pennsylvania in Philadelphia. Dr. Lewis recommends getting tested periodically for nutritional deficiencies and warns not to shun food when you’re having symptoms. Instead, make every bite count during a Crohn’s disease flare.

What to Eat When You Have Diarrhea

The best foods for Crohn’s disease vary from person to person, says Lisa Cimperman, RD, a clinical dietitian at University Hospitals Case Medical Center in Cleveland and a spokesperson for the Academy of Nutrition and Dietetics. She recommends keeping a food and symptom diary and choosing foods that you know your body tolerates. Here are some additional tips:


What to Eat When you Have Constipation

Choose higher-fiber foods. You don’t want to increase fiber intake too quickly because this could cause gas, but gradually adding in beans, vegetables, and high-fiber cereals, such as bran and shredded wheat, can help ease constipation, according to the National Institute of Diabetes and Digestive and Kidney Diseases.

As you deal with symptoms of Crohn’s disease, remember that general guidelines don’t rule over what works best for you individually.