Diabetes in African-Americans: How to Lower Your Risk 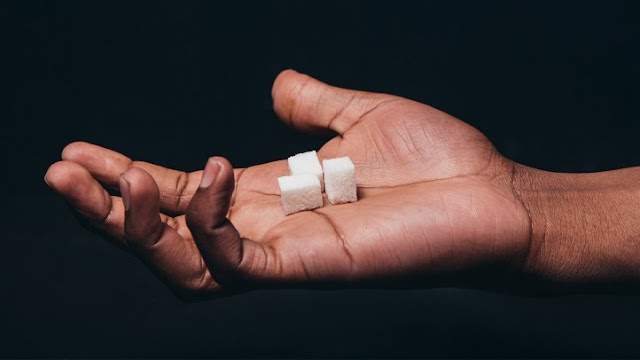 Compared to other groups, African-Americans are disproportionately affected by type 2 diabetes, and researchers believe that genetic, environmental, socioeconomic, physiological, and behavioral factors are all contributors. According to an article published in July 2012 in Clinical Diabetes, in the United States, the risk of diabetes is 77 percent higher among African-Americans than it is in non-Hispanic white people, and data suggest that African-Americans tend to experience more complications, like diabetic retinopathy, than non-Hispanic white Americans.

While some of the risk factors for type 2 diabetes in African-Americans are often beyond human control, being educated about the things you can change may help reduce your risk of the disease. For example, knowing your family history can help you adjust your behavior, says Angela Ginn-Meadow, RD, CDE, a senior diabetes education coordinator at the University of Maryland Center for Diabetes and Endocrinology. “You have to know what risk you have in order to prevent it,” explains Ginn-Meadow, adding that because her father had diabetes, she has a 40 percent chance of developing the disease.

As with any group, maintaining a healthy body weight matters when it comes to preventing diabetes. According to the American Heart Association, among non-Hispanic blacks ages 20 and older, 63 percent of men and 77 percent of women are overweight or obese.

“Excess weight on the body can lead to insulin resistance, which means eventually the blood glucose levels will increase,” says Dacia Bryant, CDE, founder of A ONE C LifeBox, a digital coaching and support platform that equips black and Hispanic people with the tools and information to manage their diabetes more effectively.

While genetics do play a role in our weight, for African-Americans, certain unhealthy yet traditional dietary choices may increase the chances of obesity. “Our diets tend to be high in carbs like mac and cheese and rice, but low in things that can help control blood sugar and weight like fiber and green leafy vegetables,” Bryant says. Understanding what makes for a diabetes-friendly diet, and which traditions don’t fall under that umbrella, may help you achieve a healthy weight, as well as prevent or delay diabetes from progressing.

A study published in May 2006 in the Journal of Health Care for the Poor and Underserved suggests that African-American and Hispanic adults with diabetes in the United States have worse glycemic and blood pressure control than other groups of Americans, and that there is growing reason to believe that race and ethnicity may influence individuals’ diabetes care, even for those people who are fully insured. The study found that poor or lack of physician support, as well as not perceiving the condition as serious and not having knowledge of how to treat diabetes contributed to higher rates.

In addition to a lack of education, the elevated risk of diabetes for African-Americans may be influenced by a lack of neighborhood resources that support exercise and proper nutrition, suggests a study published in November 2014 in the American Journal of Public Health.

“A lot of the answers point to social determinants of health as contributors to the disease,” says Tiffany Gary-Webb, PhD, associate professor of behavioral and community health sciences at the University of Pittsburgh, and a member of the American Diabetes Association African American Diabetes Action Council (who was not involved in the November 2014 study). “For example, aspects of residential environment, particularly in neighborhoods with more poverty, contribute to these disparities through lack of access to healthy food. [These] ‘food deserts’ and ‘food swamps’ are places saturated with fast food, convenience stores and unhealthy foods,” she says, adding that poor access to exercise facilities or safe outdoor areas to exercise may also be contributing factors.

In the same vein, stress and emotional distress play a role in diabetes risk and management.

“African-Americans experience increased stress due to discrimination, institutional racism, and many other factors,” Dr. Gary-Webb explains. “Researchers are studying what this increased stress does to the body — for example, whether it leads to higher levels of the stress hormone cortisol or accelerated cellular aging.”

5 Ways to Prevent or Control Diabetes

While factors such as racism, discrimination, as well as access to healthy food, education, and exercise are broader societal issues beyond most individuals’ direct control, many factors — even genetics — are not. “Diabetes doesn’t have to be your destiny,” says Ginn-Meadow.

Here are five ways to reduce your risk of diabetes:

Get screened. During your annual doctor’s visit, ask to be screened for prediabetes and diabetes. Simple blood test options include A1C, and fasting and glucose tolerance. “Typically, if you have a parent or a sibling with diabetes, you are at risk,” says Ginn-Meadow, advising those in this group who are over age 40 to get screened.

Break with unhealthy traditions. In adults with diabetes, the most common causes of death are heart disease and stroke, and African-Americans have an elevated risk for these diseases. “We all love Sunday dinner, and we know what’s on the table,” Ginn-Meadow says, “but some of our traditions of how we prepare food can negatively impact our heart.” Instead of frying your food, Ginn-Meadow recommends baking, broiling, and grilling fish and lean meats, as well as using peanut oil instead of shortening, and cutting back on salt.

Watch your sugar intake. “The first thing I tell my clients to get rid of is sweet tea and soda, and to drink more water,” advises Ginn-Meadow. “This small step will help you manage your blood sugar better.” Additionally, she recommends adding half a plate of veggies to each meal and eating more whole fruits, which are a great source of potassium, rather than fruit juice. “Eat an orange instead of drinking orange juice,” she says.

Get moving. According to the Diabetes Prevention Program, you can prevent or delay the onset of type 2 diabetes by losing 5 to 7 percent of your body weight. You can increase your chances of weight loss by following a low-fat diet and exercising for 150 minutes a week. If this sounds intimidating, Ginn-Meadow recommends taking baby steps. “You don’t have to go to the gym and pump iron,” she says. “Walk with a girlfriend during your lunch break.”

Seek preventative care. Although access to quality medical care and finding a positive doctor-patient relationship is challenging for many African-Americans, Ginn-Meadow says that, if possible, having regular checkups with your primary care physician, eye doctor, dentist, and foot doctor can help reduce your risk of developing type 2 diabetes.