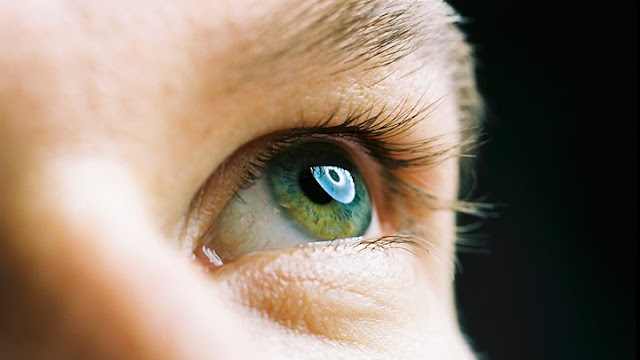 Vision changes, such as difficulty focusing or distinguishing colors, are common with age. But eye problems, particularly vision loss, are more than a nuisance. Vision problems may signal serious health conditions, and they can increase your risk for injury or death.

How often you get your eyes examined depends on a few factors like age and whether you’re at risk for other eye problems (such as people with diabetes or hypertension, or people who have had eye surgery). The American Optometric Association recommends eye exams every two years for risk-free patients and annual exams for at-risk patients between the ages of 18 and 60. For patients 61 and older, the AOA recommends annual eye examinations.

Here are 6 reasons to take your vision seriously:

1. Vision loss can increase your risk of death. Vision loss interferes with a person’s ability to complete basic tasks, also known as instrumental activities of daily living (IADL) – like grocery shopping, using the telephone, or doing housework – which are measures of the ability to live independently.

According to a new study published in JAMA Ophthalmology, a decrease in IADL is associated with an increased risk of death. Researchers found that people who had increasing IADL difficulty showed a 31 percent greater mortality risk during the 8-year study period.

2. Vision problems may be a red flag for other health issues. Aging isn’t the only factor that can affect your vision. Health conditions like diabetes and hypertension can cause eye problems.

Diabetes is one of the leading causes of blindness in the United States, according to the National Institutes of Health. Consistently high blood sugar levels can cause blurred vision or difficulty seeing at night. If you’re at risk for diabetes and experiencing vision problems, talk to your doctor.

Having your eyes checked may show whether or not you’re at risk for stroke. A 2013 study found that an exam where the back of the eye is photographed helps determine which high blood pressure patients are at highest stroke risk. Other conditions that can be diagnosed with an eye exam include multiple sclerosis, sleep apnea, and high cholesterol.

5. Less field of vision, more falls. A 2007 study found that the loss of visual field function – meaning the total area in which objects can be seen using peripheral vision while the eyes are focused on a central object – raises the risk of fall in older adults.

6. Glaucoma raises risk of auto accidents. People with advanced glaucoma – an eye disease that affects peripheral vision – had twice as many car accidents, according to a 2012 study.