Flu Shot or No Flu Shot? That Is the Question 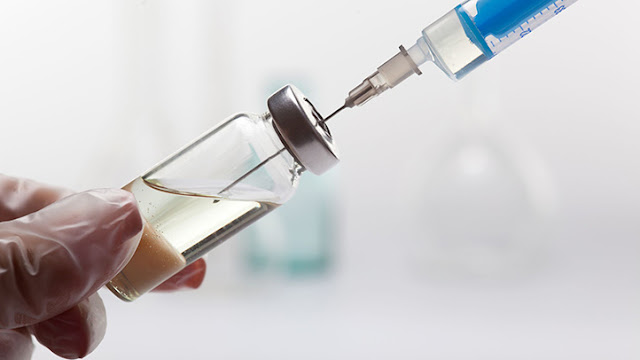 We are currently in the core of influenza season, and this year is turning out to be one of the hardest in late memory. There are far reaching influenza episodes crosswise over a large portion of the United States. The subject of whether to get this season's cold virus is shot is exceptionally individual, and frequently baffling, to huge numbers of us living with perpetual sicknesses, for example, numerous sclerosis.

The subject of influenza shots, and inoculations by and large, regularly isolates individuals into two camps, with solid feelings on the two sides. I have constantly attempted to be a goal, widely appealing individual regarding the matter.

For the lion's share of my life, I have gotten a yearly influenza shot. The explanatory bit of my mind saw the potential advantages of an inoculation that would shield me from a possibly unsafe and infectious disease. At the same time, I have been acutely mindful of a significant number of the worries raised by others.

An Unfortunate Coincidence or True Side Effect?

Amid the 2009 swine influenza (H1N1) flare-up, there was a lack of influenza antibody. Since I was living with dynamic MS, I was given a need dose by the region wellbeing administrations. Inside a couple of days, I encountered second rate, influenza like side effects. My doctor guaranteed me that my manifestations were an ordinary reaction to this season's cold virus shot and not to be concerned.

Following a couple of days my fever broke, yet the weakness and muscle throbs waited for a considerable length of time. They really compounded as time went on and were joined by new vision confusions. In the wake of counseling with my neurologist, I inspired prescription to end an obvious MS flareup.

In light of my encounters in 2009, I have been amazingly wary with respect to this season's flu virus shot. This has significantly disappointed my essential care doctor, as he accepts emphatically in the benefits of influenza immunization. Frequently he advise me that "relationship does not equivalent causation." as such, on the grounds that I had a MS flareup after the shot, it might have occurred all alone.

He is right. However, by one means or another, alerts go off before I consider getting another influenza shot. Maybe I had quite recently been blessed before at that point, however in 2009 I felt more awful from influenza like side effects and the MS worsening than I at any point did with the genuine influenza.

Every year researchers make their best instructed figure as to which influenza strains the antibody should target. It is difficult in light of the fact that there are numerous factors that impact a definitive viability of the antibody. It is additionally not a simple decision for me whether to get this season's cold virus shot or not. We are aware of various families in our group that gotten this season's flu virus in the course of recent weeks. Of those families, about half had gotten their influenza shots.

In my family, I am blessed to be the person who regularly gets minimal measure of infectious ailment. Maybe it's an advantage from living with immune system ailments, as my body's resistant framework is as of now running in high apparatus. Talking just for myself, the decision not to have an influenza shot has been acceptable so far this year.

Did you get an influenza shot? Why did you settle on the decision? How have you fared up until now?