What is Caesarean? You Need to Know about Caesarean Section

In the good old days, Caesarean section was considered a taboo because it increased the mortality and morbidity rate. Sometimes later, the efficiency of the obstetrician was judged by whether she could give the patient a normal delivery or not. But with modern technology, safe anaesthetic, techniques, antibiotics and ensuring the safety and non-traumatic experience, both for the mother and the child, the incidence of  childbirth by Caesarean section has increased. This is more with the view to have a normal and healthy child, keeping with the present trend of raising a small family.

As early as 1870 when the mortality rate was a high as 70%, LSCS - Lower Segment Caesarean Section (meaning the surgical opening of lower part of the uterus) was performed only on dead or dying mothers with a hope of saving the child. The anaesthesia given was in the form of alcohol. 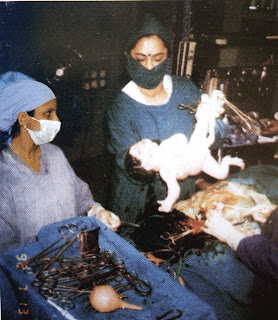 Delivery of the baby by LSCS

The death of the mother was usually due to haemorrhage or sepsis as stitching up of the uterus was unknown in those days. 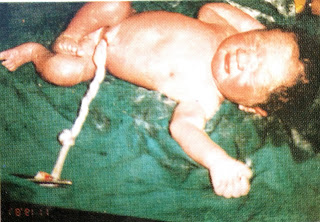 1. Fetal distress in the first stage of labour: This could be due to the cord around the neck of the baby causing decreased placental blood flow or due to a true knot in the cord.

2. Cephalopelvic disproportion i.e. the hip bone of the mother is too small for the baby to come out through the normal pathway.

3. Previous LSCS: LSCS is opted for a patient with history of previous LSCS in fear of silent rupture or rupture of the uterus during active labour.

4. When there is no progress in labour, specially if the membranes have already ruptured.

5. bad obstetric history: Where the mother has lost previous babies at term.

6. Severe degree of placenta previa: If the placenta is lying in the path of the birth canal, thus blocking the baby's normal delivery. 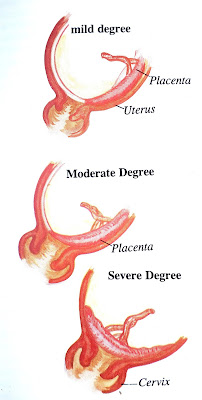 7. Failed induction of labour : If syntocinon glucose drip is given and the patient does not respond, LSCS is done to ensure safe delivery.

8. Certain cases of fulminating pre-eclamptic toxaemia where it is necessary for the mother to deliver quickly in case the mother develops fits.

9. Abnormal presentation of the baby like breech presentation where the baby's head is above and buttocks below, transverse lie. 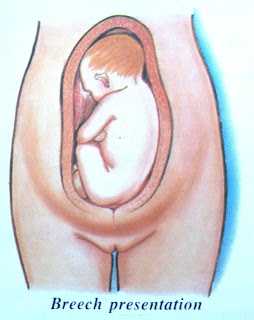 10. Prolapse of the cord, the child being alive. 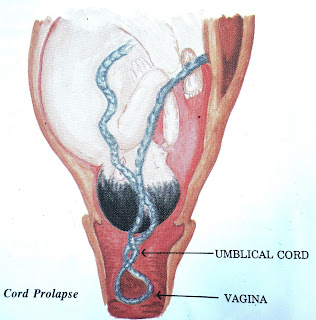 11. A previous repair operation of the cervix like prolapse of the uterus.

16. In cases of carcinoma of cervix (Cancer)

17. Structural abnormality of the vagina.

18. Cases with history of infertility over a long period who cannot have a trial of labour due to the       preciousness of the baby.

19. Intrauterine growth retardation (IUGR)  of the baby due to a known or unknown reason.

LSCS is a fairly simple operation which can be performed any time after 35 weeks of pregnancy. This is done under general /epidural / spinal anaesthesia where the lower abdomen is opened by subumbilical paramedian incision and the uterus is opened by transverse incision and the baby delivered. The uterine wound is closed by sutures and peritonised, the abdomen is closed by sutures and peritonised, the abdomen is closed after perfect haemostasis. The abdomen can be binded by an abdominal binder to help the abdomen get back its elasticity. Here, the hospital stay has to be for a minimum of 7 days during which the patient is subjected to intravenous infusion of glucose for the first 2 days. Oral fluids are given on the 3rd post operative day followed by semi solids on the 4th day and a normal diet from the 5th day onwards. The patient usually stars walking from the 2nd day and feels normal from the 3rd day onwards. The patient is advised simple abdominal exercises during her stay at the hospital itself, little more strenuous exercises after discharge and normal exercises after 6 weeks. It is advisable to use family planning methods for 3 years before conceiving the 2nd child. A routine review check up for the baby and mother is advised after one month.