1. First of all the onset of labour may not occur on the due date and consequently the delivery is delayed beyond the scheduled date. In such cases, the child is some times lost during eventual delivery because soon after the due date, the oxygen supply to the baby is gradually decreased due to the aging placenta. This is diagnosed easily by ultrasound in which you see hyperechoic areas of calcium deposition. When the baby is not delivered within the due date, it gradually looses the capacity to withstand strain of delivery.

2. A fair percentage of the cases have premature rupture of the membranes, but due to ignorance they stay at home for hours and days. The membranes are those which envelop and hold the sterile water, (liquor) in which the baby floats. Therefore they form a firm barrier against ascending infection to the baby from the birth canal i.e. the vagina and cervix. Once this natural protective envelope is ruptured, then the bacteria from the vagina spreads upwards and infects the unborn child (Intrauterine Infection) and when the child is born, it might die due to septicemia.Therefore, we don't normally allow a lapse of more than 4-6 hours after the rupture of membranes within which if there is no onset of pain, we induce labour pain and complete the delivery naturally or by Caesarean section.

3. The head might get caught at the outlet and may not progress due to the narrow outlet or secondary exhaustion of the mother which might necessitate forceps application to deliver the baby.

4. The placenta may be placed very low within the uterus and abstract the path way of the baby. If such be the case, the patient will have profuse and rather alarming bleeding which would necessitate an immediate Caesarean section.

5. A common problem is that the umbilical cord may be wound two or three times around the neck of the baby, almost strangling it. Such a situation calls for a quick and smooth delivery or a Caesarean section.

6. Sometimes, the cervix itself may fail to dilate in spite of good labour pains. Such a condition is called cervical dystocia and it necessitates Caesarean section.

7. The baby may take a transverse position which may require careful handling, invariably resulting in operative delivery. 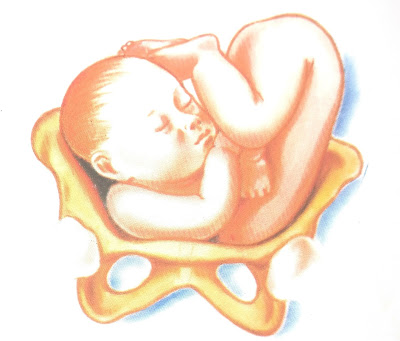 Transverse lie of the Baby


8. The placenta may not get expelled on its own and hence, manual removal of the same under anesthesia is required.

9. Every delivery has to be conducted in a clean environment - at home or in the hospital, because unhygienic surrounding and bad handling of the mother and the baby leads to unnecessary complications such as puerperal sepsis in the mother and neonatal infection and septicemia of the infant.

10. The patient may have excessive bleeding due to the failure of the uterus to contract and may require emergency transfusion. In cases of uncontrolled bleeding, even hysterectomy may be considered.

11. Multiple Pregnancy- causes complication during delivery and needs an expert obstetrician who has plenty of time in hand to risk a natural delivery. It is safe to do a Caesarean section. 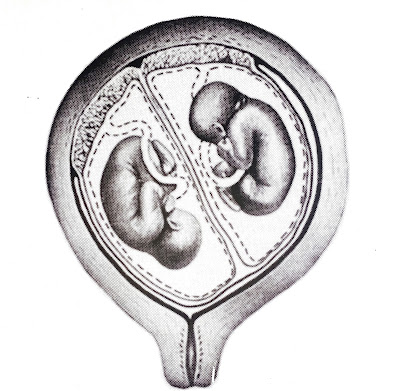