This infant better be adorable.

I realize that doesn't sound protective. It absolutely doesn't express the sweet coos of a mother-to-display a lovably expanding gut wrapped up in a pink T-shirt that peruses, "Bun in the Oven." 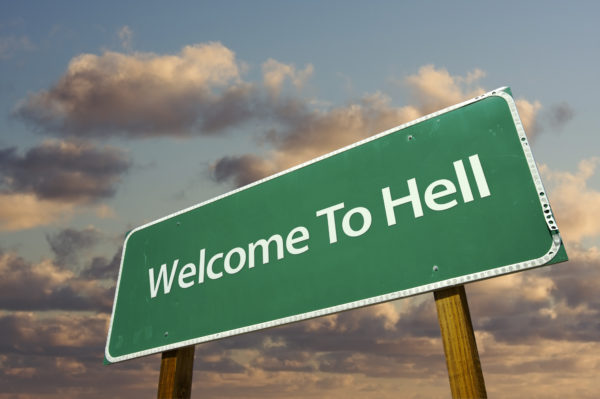 Approve, I concede I have that T-shirt… however it's dark. Also, my "delightfully" blossoming midsection at 14 weeks pregnant (when this was composed, two weeks back) has as of late been hit by a Tsunami of stomach corrosive. Heartburn from Hell, as I'd jump at the chance to allude to it. (Diabetes was the minimum of my difficulties this week, however oh my goodness, I wasn't especially enlivened by this most recent expansion to my "wellbeing administration duties" either! Am I truly just 14 weeks along? This will take until the end of time.)

It began subtly and discreetly, a week or two ago–I'm truly not sure–with hiccups that accompanied a little serving of "stomach juices"… (otherwise called upchuck.) By Sunday of a week ago, I was hiccuping throughout the day, I had almost no craving, and I'd stashed a modest bunch of Tums in my pocket, my handbag, by my bed, and on the kitchen counter on the grounds that without them I couldn't concentrate on whatever else other than the regurgitation in the back of my throat.

The odd thing about this indigestion is that it isn't "acid reflux." There is no blazing in my mid-section or my upper-back like I encountered in the most recent couple of months of my first pregnancy. Rather, it's simply the hiccuping upchuck (only a charming new identity attribute, right?), and my rapidly expanding absence of craving.

When I arose Monday morning, I stood up and promptly burped the loudest and most hostile notice my body has ever delivered. It resembled roadkill and crap… in my mouth. I'm really sad I needed to impart that to you–I'm simply being straightforward. The burping proceeded with throughout the morning and toothpaste or mouthwash had no effect. The odor and taste of every burp made me wish I were regurgitating.

By Monday morning at 11 a.m., I was slithering over the room staring me in the face and knees to get to my telephone so I could call my better half. My whole middle was smoldering and bending with sharp agonies up the correct side. I sincerely didn't realize what it was–I had no clue it was identified with indigestion on the grounds that once more, I had no blazing in my mid-section or upper-back.

Luckily, I was quite sure that I wasn't having an unsuccessful labor or constrictions on the grounds that the agony basically didn't feel suitable, and it was plainly in my middle, not my uterus.

"Child, I'm in so much… paaaaaaaaiiiiiiiin," I moaned when Roger addressed his telephone.

"Alright, I'm en route." He's a decent husband–he didn't recognize what was going on, however he knew this mom required him home. Right now.

Luckily, my baby girl, Lucy, was resting when the torment was at its pinnacle. I fundamentally gripped every one of the muscles in my stomach area and held my breath with a specific end goal to lift her up from her den when she stirred 20 minutes before my significant other would be home. I got her a bowl of Pirate's Booty, a jug, and put on Finding Nemo. At that point I lay in the fetal position beside her on the floor until Daddy acted the hero.

(At the point when Roger arrived, he was about prepared to scoop me up and zip straight to the ER however I've as of now been to the ER twice recently for one especially shocking stomach infection so I was frantically wanting to deal with this dramatization at home.)

Now I had eaten zero nourishment yet luckily my glucose had stuck somewhere around 120 and 160 mg/dL. I didn't set out take any insulin to bring it down to where it should be amid pregnancy (around 80 mg/dL) on the grounds that going low and afterward consuming real nourishment was excessively sickening. So I allowed it to sit unbothered.

The main thing that brought some help was lying totally still on my side. after 3 hours, the attendant at the Maternal Fetal Medicine office at long last got back to me and said, "Goodness, simply take some Zantac."

"Zantac? Attempting to walk still conveys me down to my hands and knees in torment… Zantac can settle that?" I was doubtful, and still in so much agony.

"That is correct, I suspect as much. You ought to get comes about inside 60 minutes," she said.

I took a Zantac, and another Zantac two hours after the fact when the initially gave zero alleviation. At that point I twisted myself up in bed unobtrusively and kept as still as could be expected under the circumstances. Roger dealt with Lucy. By 5 p.m. I thought, Okay, it appears somewhat better, will have a go at getting up and walk ground floor.

When I got to the kitchen counter, I was tumbling to my knees once more.

"Better believe it, infant, how you feeling?" he called from the following room.

I couldn't express the words it was so seriously agonizing, so I crept to the entryway where Lucy met me with a disapprove of her face.

Man, she is charming.

Obviously, we went to the ER next. They were pummeled so they zipped me up to the Delivery Ward where they have a couple spaces for triage patients. Superbly, the specialist allocated to me was a similar lady whom I went through 4 days with when I was being actuated for Lucy's birth–we knew each other well and she knew she didn't have to stress over my blood sugars–this had nothing to do with my diabetes.

Her treatment: a super uber absorption mixed drink to quiet down my inner parts, bloodwork to ensure my electrolytes and so forth were all sound, and a ultrasound to discount an infected appendix or gallbladder issues. (What's more, ideally a brisk sweep for The Bride of Chuckie, as well.)

They additionally did a speedy sound check of the child's pulse which gave me spouse a close stroke since it took the medical attendant 10 minutes to discover the infant's pulse. I hadn't disclosed to him that when you're just 14 weeks pregnant, those minor little hand-held pulse gadgets they utilize can take a while to discover the infant's pulse.

Mom's A1C was 6.1, electrolytes and pulse typical, and other bloodwork was absolutely sound.

The longest ultrasound ever (that included being advised to always hold my breath for 15 seconds on end) hinted at no any addendum or gallbladder inconveniences.

I could walk a lap around the Delivery Ward passages, as yet standing and talking before the end of it. So they thought of me a remedy for a super uber acid neutralizer that I will take day by day for the rest of my pregnancy, and proposed I take Zantac or Mylanta as required.

A couple days after the fact, I am still ready to walk! Hurray! Yet, in the hour or two preceding I'm expected for my next measurements of that day by day acid neutralizer, my stomach begins agitating and I need to vomit (despite the fact that I don't), so I'm getting the message boisterous and clear this will be a diligent issue. At the inverse end of the day, I've additionally been taking a Zantac on the grounds that without it, I wind up hiccuping "stomach juices" once more.

Tragically, more often than not since this is altogether started, I still truly have no enthusiasm for eating, obviously I'm not going to starve myself or this child, so I'm eating little suppers of "clean" sustenance each 3-ish hours: nutty spread and rice cakes, white rice, simmered chicken, apple and peanuts, egg and sans gluten toast, sauteed veggies, and so forth. Ahh, and Reece's Peanut Butter cups–those go down pleasantly.

Simply recording those sustenances and contemplating any nourishment is… blugh. Yuck. I really need none of it. (Despite the fact that I did at long last have one feast this week that I appreciated: 2 corn tortillas with cheddar and fiery pickles in the middle! Ran down with issue!) I do should be more watchful about pre-bolusing for my suppers on the grounds that inside a few chomps, I would prefer not to eat the rest. (That is the place the Reece's have been exceptionally useful… dousing up unused insulin!)

What's more, there you have it: Acid Reflux from Hell. Like I said, this infant better be adorable.